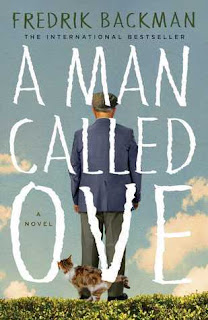 At first sight, Ove is almost certainly the grumpiest man you will ever meet. He thinks himself surrounded by idiots - neighbours who can't reverse a trailer properly, joggers, shop assistants who talk in code, and the perpetrators of the vicious coup d'etat that ousted him as Chairman of the Residents' Association. He will persist in making his daily inspection rounds of the local streets.

But isn't it rare, these days, to find such old-fashioned clarity of belief and deed? Such unswerving conviction about what the world should be, and a lifelong dedication to making it just so?

In the end, you will see, there is something about Ove that is quite irresistible...

The word-of-mouth bestseller causing a sensation across Europe, Fredrik Backman's heartwarming debut is a funny, moving, uplifting tale of love and community that will leave you with a spring in your step - and less ready to judge on first impressions a man you might one day wish to have as your dearest friend.

As a member of several book communities, there are certain books that I see mentioned again and again. Whenever someone is looking for fiction recommendations, you can almost guarantee that the book 'A Man Called Ove' will be mentioned at some point - though likely, you'll find several fans. When there's a lot of hype surrounding a book, I often end up feeling disappointed, but thankfully that wasn't the case with this one. Fredrick Backman is rapidly gaining popularity - especially due to his most recent book and upcoming Netflix series Anxious People -  and after reading his work for myself, it's completely understandable why his popularity is only increasing.

I didn't really know what to expect from A Man Called Ove, only knowing that it is constantly getting rave reviews from many readers. Admittedly, it took me a little time to get into it - I did feel, initially, that Ove seemed a little too forced, too much of a caricature of your typical 'grumpy old man' stereotype, but as the book progressed I became more understanding of Ove as he grows into a very authentic character. I think several people will take some time to understand and empathise with Ove and that's the charm of this book - like the characters surrounding him, we initially only see a lonely, complaining curmudgeon but we quickly come to learn his history and his true self. Like any well-written character, I could relate to Ove in small ways and definitely saw some features of others within him. Though he's not an immediately loveable person, you just can't help but see that he has a big heart.

Though this book isn't particularly long, there is an impressive amount of growth and development for both Ove and those around him. This book is essentially a character study of Ove, letting us know how his mind works, all his thoughts and feelings and most importantly, how and why he thinks and acts the way he does - there are of course some external plots,  events serving to allow us further into our protagonist's mind and history. Occasionally, some parts felt slightly slow or repetitive (the parking situation), but overall the story kept my attention well.

There are so many serious issues touched upon in this book without it ever feeling too 'heavy' - if you are feeling upset at any point, you can guarantee that there'll soon be some humour to cheer you up again.  Though the book is very comedic in style, it also addresses some very serious and potentially dark issues such as suicide and grief. Ove's past history is a key factor of the book and the story comes across as both beautiful and heartbreaking in equal amounts. His story - his life - is one of loss, growth, grief, friendship and new beginnings. I laughed, I cried and I now understand why so many people across the globe have fallen in love with both this book.

It's actually been a few months since I read this story, but I still think about it and I still think about Ove - to me, that's the sign of fantastic writing - a story that stays with you long after you close the last pages. Fredrik Backman is clearly an exceptional character creator and story-teller. This book is repeatedly described as 'charming' and I completely see why - it is the perfect descriptor for this book and for Ove. This is a real treasure of a book that I will continue to recommend to all.